The Australian Dental Association of WA (ADAWA) and Cancer Council WA have united to call for tougher restrictions on the sale and promotion of sugary drinks to children, urging sugary drinks to be removed from public venues that children frequent such as sporting and cultural facilities, and banning junk food advertising on public transport and billboards.

It comes as the two organisations relaunch the LiveLighter campaign ‘Sugary Drinks are Rotten for Teeth’ that features graphic depictions of decayed teeth. The campaign aims to raise awareness of the huge impact of sugary drink consumption on dental health, and hopes to give Western Australians yet another reason to ditch unhealthy sweet drinks.

ADAWA Chief Executive Officer Dr David Hallett said that tooth decay is amongst the most common health conditions in Australian children1, and restrictions on the promotion and availability of sugary drinks would significantly improve Western Australia’s overall dental health.

“Consumption of added sugars is the main contributor to tooth decay in children, young people and adults,” Dr Hallett said.

“Given more than one in four West Australian children has had dental caries in their permanent teeth1, it’s clear that we need to do more to raise awareness of how these products are ruining our WA smiles, but also to have an environment that makes selecting healthy drinks easier for people.

“In 2021, with what we know about protecting teeth, we should have eradicated tooth decay. Instead not only is tooth decay common, but our members are reporting that these cases of severe decay are far too frequent.”

“Sugary drinks are the single biggest contributor of added sugar in Australians’ diets2. They can lead to weight gain, and we know that being above a healthy weight increases the risk of 13 types of cancer,” Mr Reid said.

“Many people don’t realise just how much sugar these drinks contain, for example, one mega slushie contains up to 20 teaspoons of sugar.”

He added that while campaigns like LiveLighter are crucial, public education alone isn’t enough and called for a whole-of-sector response to ensure children and families are supported by increasing the provision of healthy food and drink options, and protected from junk food industry tactics.

“We can’t expect personal choice to triumph when we’re living, working and playing in  an environment that is saturated with advertising and promotion of cheap unhealthy options at every turn – families need support,” Mr Reid said.

“The State Government should be congratulated for prioritising the health of our most vulnerable by making all WA public hospitals sugary drink-free environments.  We would like to see this measure expanded across more public facilities, including places like Boola Bardip, the new WA Museum, and government-operated sport and recreation centres, to further increase the availability of healthy options for the community.

An inter-agency task force to investigate the mechanisms for removing junk food advertising from public transport and outdoor advertising sites was foreshadowed by the Deputy Premier, Roger Cook, at a pre-election forum earlier this year.

Mr Reid said that this was a positive step, and was confident the State Government would act quickly to protect families from this form of marketing, including by reducing children’s exposure to unhealthy ads on public transport routes to and from school. 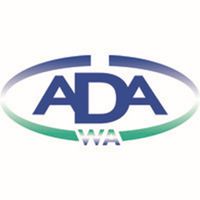 To the editor: No “headless fatties” please

Being overweight comes with a lot of health issues. Some of these are related to the stigma that is attached to being above a healthy weight. We urge you to use images that are respectful, inclusive, and non-stigmatising when reporting on issues related to body weight. For example, show people who are above a healthy weight participating in everyday activities that are not related to weight gain, and use images that include their faces. We are happy to provide you with suitable images if required.